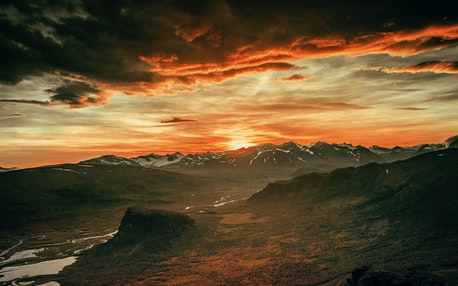 It’s really tough to give up everything and move on to what one hopes is a better situation. I’ve done just that, and recently…out of state, no less.
Not my dream location, but certainly better than the toxic environment I was living in.

Many live with things/people that are not in our best interest. How to take the first step?

In one sense, I am lucky to be single and don’t have to take into account family, and the affect a major move would cause to many, not just me.
On the other hand, being single stinks. Moving allows you to meet new people, and maybe a closer group of friends. I lived in a rural area, where you need a car. No public transportation. This makes it difficult to meet and greet. So, I was pretty much homebound for the past 10 years, when I lost my eyesight.

The kicker was becoming a victim of identity theft. That straw was the one that forced me to look at the life I had. There were many good things, but this last event did me in.

After I moved, it took 3 weeks for the cable company to connect my computer. Unpacking, acclimating.
I wanted to blog before this, I missed it, and those of you out there.

Life throws you curve balls. Instead of letting things get to me, I left. But I had to rein in my fear, and yes, it was paralyzing. So, I jumped.

Let me tell you, it was the BEST decision I ever made. I am still in shock, and now wish I did this before. I really did want to move sooner, but the aforementioned events got in the way.

Yes, the movers left some of my things behind. They can be replaced. Yes, I lost a lot of money selling my house. My furniture won’t be here for 6 more weeks. And the eBay guy who swore he would sell some of my good stuff didn’t and I lost that as well. It was a big financial hit.

Yet, some of the lost items have somehow been replaced by wonderful new neighbors. The other stuff? Unimportant.

Can this be a good time to find the dream we have been searching for? Why not?

Maybe take this time to research a new job, apartment, neighborhood, whatever. Release what has been bringing us down. Now, more than ever, we need to be lifted up.

Just do it with love.