It’s been a while since I’ve written anything, but I haven’t had time. You would think with Covid, and everything being closed, the time would be in abundance. Nope. So how many of you out there became caught up in those PROJECTS you never completed? Books you never read? Have you tried that new recipe yet?

I moved to a new state about 9 months ago. I am happy to be near old friends. The best part is being accepted by a whole new group of people. After my move, I contacted the local equivalent of the Commission for the Blind, as well as other agencies. I was pleasantly surprised to find that, as a blind adult, I qualified for many different programs. What a shock.

As an adult, I did not qualify for too much help in my old state unless you were on Medicaid. I had basic cane training in the school gym. I was shown how to cross the street in the 2-stoplight town I lived in. I was lucky enough to receive a computer, scanner, and printer, but that was only because I wrote a book. From that perspective, I thought I was extremely lucky. However, when you don’t know what else is out there, you are satisfied with the status quo. I was enrolled by this wonderful state in what they call an ”immersion program.” I feel like I went from nothing to everything in these past 9 months. In my old state, after the aforementioned cane training, the computer and some computer training, and some in-home management help, the training was ended after one year. No support groups, no contact with other blind individuals.

With nothing to do, and nowhere to go, I must admit it gave me the time I needed to complete my book “Identity Theft: A Victim’s Search for Justice.”  But if being alone without support wasn’t depressing enough, it was really a kick when my friends told me about a new bus service. It was free, would take you anywhere you wanted to go all you had to do was call for reservation. My friend didn’t believe me when I told him I didn’t qualify. A few weeks later, he sheepishly called to tell me that I was right. That bus service SUPPORTED a new sign on the back – “Medicaid only”.

My new state is providing me with more than I could ever have imagined. Monday through Friday I am in class from 7:30 AM to at least 11 AM. I’m learning new computer skills, advanced cooking and home management techniques, even braille – which is really hard when you’re old like me. Soon I will be starting a home repair/woodworking course, if you can believe that! And the support groups are everywhere. I have been able to speak with other people who have varied degrees of blindness. We support and encourage each other. A huge weight is lifted off one’s shoulders when you can speak with someone going through the same thing you are.  If you’ve never ridden a horse, how can you teach someone to ride? I have good hearing, and have no idea what it’s like to be deaf or hard of hearing. So how can a sighted individual know what it’s like to be blind? And yet most curricular for the blind are taught by those who are sighted.

Here’s where I’m going with all of this – when you have the support of people in a similar position as you, life is a lot easier, and also safer. For example, maybe my blood pressure wouldn’t have spiked if I had someone to talk to about identity theft. Maybe I wouldn’t have had to rely on a thieving friend to give me the support I needed when I was losing my eyesight.

I realize that I am very lucky to be able to move, and put myself in a better situation. If you are in a similar situation, you don’t have to be alone. Call the national organization of whatever your situation is – I don’t care if it’s Alzheimer’s, blindness, an MD, or maybe an association related to your interests, such as a ski club or a retiree organization. You’d think that someone in my situation would’ve known that. But it never occurred to me, and it is my own fault. Don’t look back, just move forward. Find your people and in brace them with open arms. I bet they’ll give you a big hug, and ask “what took you so long?”

Please be safe, wash your hands, wear your mask. It’s not over yet but there’s light at the end of the tunnel. I hope we can come together and watch the Olympics. I think the Olympics portray the highest good in people. We come together from all over the globe, to participate in the biggest sporting event ever. We cheer each other along, and learn about each other’s way of life.

My hope is to carry that forward to everyday life.

All the best, Deb 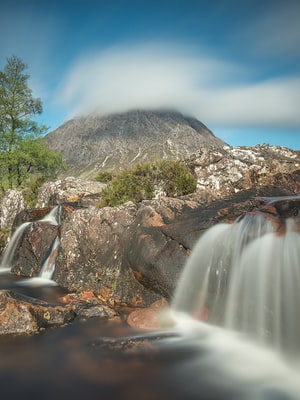